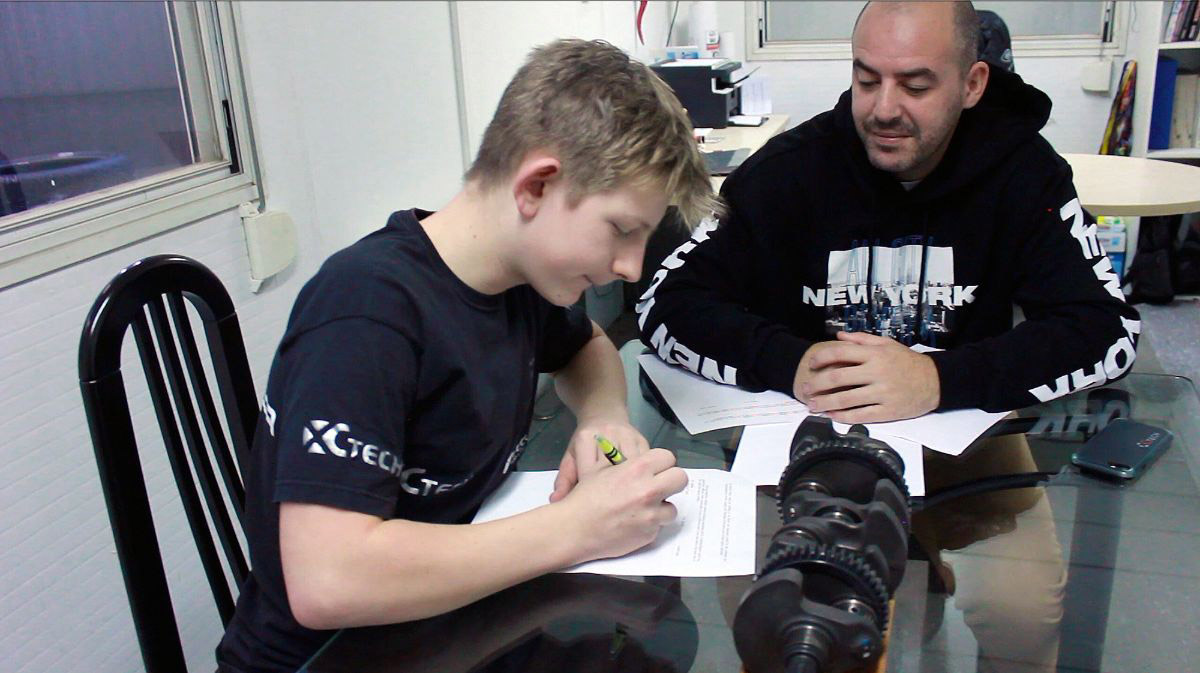 Canadian motorcycle road racer Jonathan “Jonny” Finn is pleased to officially announce that he has re-signed with the XCtech Team to contest the 2019 Spanish ESBK Pre-Moto3 Championship.

This coming season will mark the third consecutive year the 15-year-old Canadian road racer and Spanish-based XCtech have been working together.

“We’re very happy to continue our relationship with Jonny” says team boss Xavi Jimenez. “It’s our goal to help Jonny run at the front and battle for podium positions, which he has proven he is quite capable of. It’s been our pleasure to watch Jonny mature over these last two seasons. We know that this is his season.” added Jimenez.

Jonathan continues to live and train in Spain in preparation for the newly named 2019 Campeonato de España de Superbike Cetelem or ESBK.

He will be competing on a brand new XCtech prepared 2019 BeOn Automotive Pre Moto3 race machine that features 40 plus horsepower powered by a 2019 Yamaha YZ250F engine and weighing 82 kilograms.

The Bushell Park, Saskatchewan native will be putting his new machine through its paces for the 2019 season with a preliminary test this coming weekend at Circuit Ricardo Tormo in Valencia.