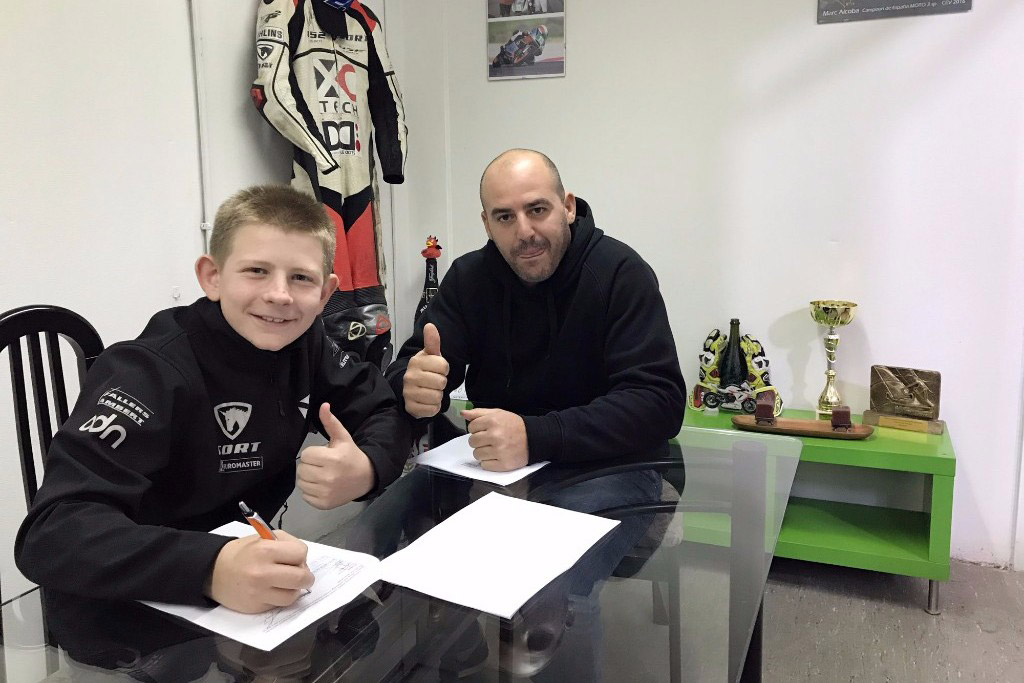 Canadian Jonathan Finn is thrilled to announce that he has re-signed with the XCtech Team to contest the 2018 RFME CEV Pre-Moto3 Championship.

Finn will be advancing to the RFME CEV Pre-Moto3 Championship in 2018, continuing his pursuit of representing North America and being the first Canadian to compete at this level.

“My first year racing in Spain against some of the best riders in the world was challenging but also very rewarding. I’ve learned a lot and I’m ready to take on this new opportunity in the RFME CEV Pre-Moto3 Championship with the XCtech Team.” said Finn.

The RFME CEV Pre-Moto3 class is considered to be the proving ground for young Grand Prix motorcycle riders to perfect their racecraft before graduating to the FIM CEV Moto3 Junior World Championship.

The difference between a Pre-Moto3 motorcycle and a full Moto3 machine is that Pre-Moto3 has limited electronics and restricted power output of the engine.

Later this year Canadian road racing fans may get to see Finn compete on few home tracks in the Canadian Superbike Championship’s new Light Weight class. Details to be confirmed early in 2018.